With bitcoin having risen to prominence in 2017 and pulled other cryptocurrencies along with it, it stands to reason that exchanges have become more popular. This time in 2016, your average person with average interest in bitcoin may not have been able to answer a question like, “what exchange is best?” or even, “what is Coinbase?” Now, however, with the number of people interested in cryptocurrency having gone up immeasurably, there’s frequent talk about the best exchanges, the pros and cons of each service, and other general points related to the acquisition and storage of bitcoin.

Even in this climate though, there appears to be some evidence that ordinary payment apps, which were around before bitcoin gained this level of renown and significance, may be poised to take over.

PayPal may be the most interesting example, because in a way it presents the most direct competition to cryptocurrency from a fiat currency payment app. Already, many online merchants that accept bitcoin also accept PayPal, making bitcoin more of a niche preference than a necessity. And this situation is only intensifying, with the online gaming industry being a strong recent example. This is an area in which cryptocurrency has some utility, and particularly in Europe many gaming platforms have begun to accept crypto payments. However, as an Ireland-based resource for this industry states, the rise of dedicated payment services like PayPal allow sites to securely accept funds from many different sources. That is to say, again, bitcoin isn’t uniquely necessary.

In addition to threatening bitcoin’s basic utility though, conventional payment services are also directly facilitating the purchase of cryptocurrency – which effectively pulls them into existing financial apps, and away from crypto-specific exchanges. PayPal can actually be used to purchase bitcoin in numerous ways, but it’s actually some of the newer and trendier finance apps – like Cash App and Robinhood – that are more relevant to this part of the discussion. 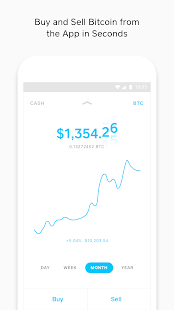 Cash App (commonly called Square Cash) emerged more or less as an alternative to PayPal and Venmo, built to help people pay their friends and family back for things. It has since evolved into a full-fledged financial service vying to become a sort of pioneering, independent mobile bank account. The Cash App can accept direct transfers from employers, supports its own prepaid banking card, and now allows for the purchase and holding of cryptocurrency – something that until recently was a service exclusive to cryptocurrency exchanges like Coinbase.

Robinhood, meanwhile, is a specific investing app that was designed to allow mobile users to easily buy and sell stocks with no fees. Here too the opportunity to buy and sell cryptocurrencies has been added, which makes a great deal of sense given that cryptocurrenices are increasingly looked at as commodities. Again, this is something that was once reserved for exchanges.

With these developments, a lot of the companies that have sprung up to support bitcoin use are suddenly looking less necessary. It could well be that if people can use apps like PayPal, Cash, and Robinhood for their cryptocurrency needs as well, bitcoin exchanges and eventually wallets could actually fall by the wayside.

6 Mobile Applications, Which Are Necessary For A Traveler